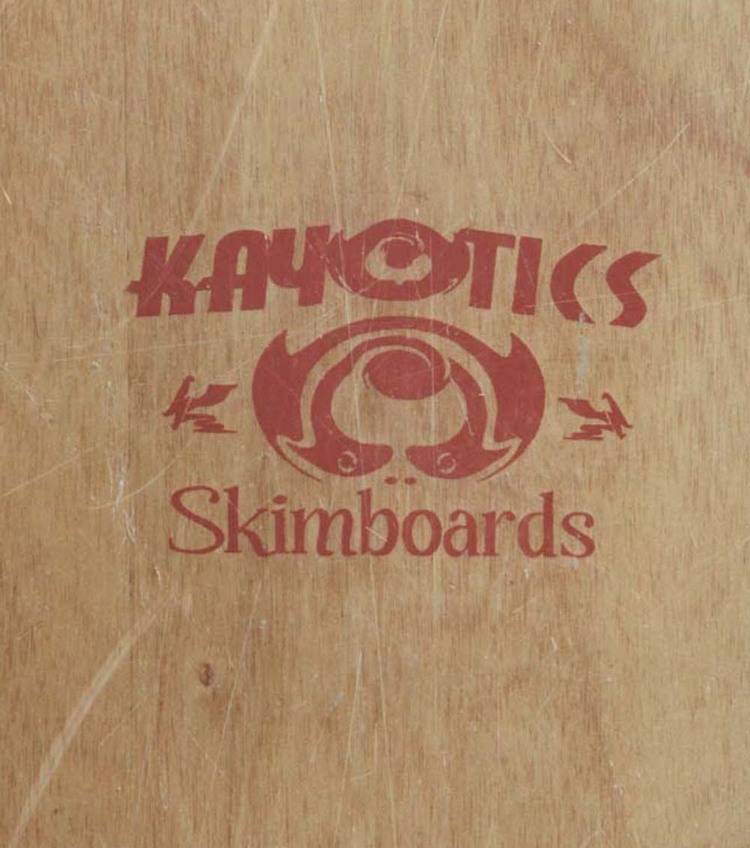 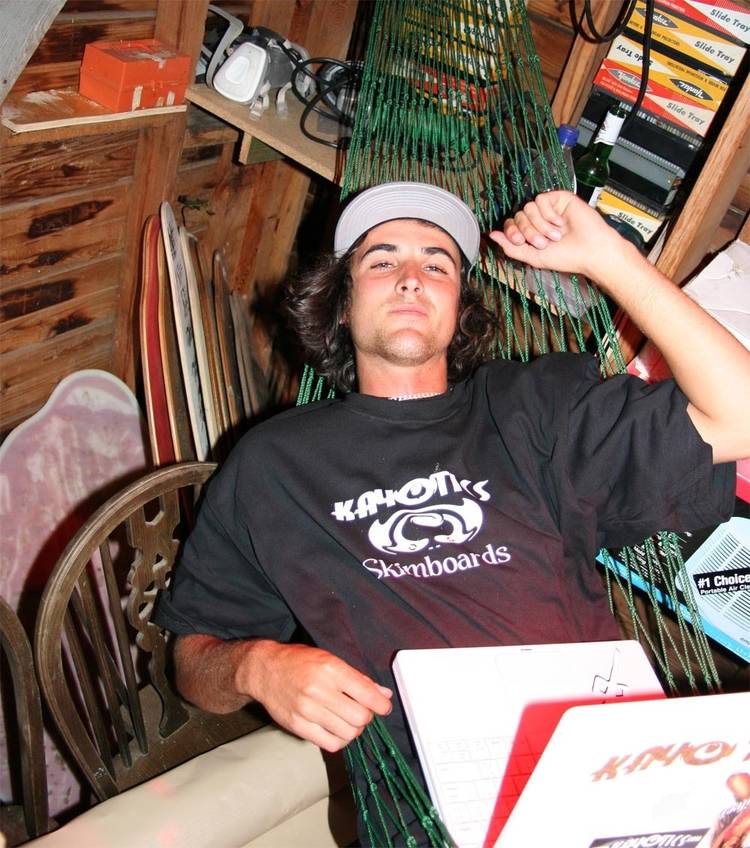 Where It All Began

Kayotics Skimboards was founded on the shores of Centennial Beach in 2001. Centennial Beach is in Boundary Bay, a small beach town with a population of less than 1000 residence and home to Kayotics founder John Minns.

Minns started out how most kids did by using a jagged cut sheet of plywood varnished with some sprinkled sand for grip on top. The first Kayotics boards for sale were made in a small shed and a run of 50 skimboards for friends in the community. The first Kayotics team was formed with a few key local riders.

With few options on the market Minns started out making boards how most people did. Using a jig saw to cut a shape out from a sheet of plywood, varnishing and then sprinkling some sand for grip on top and screen printing logos. The first Kayotics boards were made in a small shed in Minns' backyard. That summer he ran 50 skimboards for friends in his community. The first Kayotics team was formed with a few key local riders and school mates and the brand was launched.

How We Changed The Game

One summer night after a high school house party, Minns and some friends stumbled upon a construction site. They scoped out a 10 foot PVC pipe and dragged it home. The next morning they hung it outside the back of a van and drove it to the beach. They finally made it to the sand bars and dropped it down in a tidal pool. This would change the sport forever.

Without knowing if this foreign object would slide. Minns decided to "guinea pig" the new concept. He ran at the rail straight on and popped up just enough to not gouge the nose of his board into the exposed portion of the pipe. The pipe slid with ease and he rode the entire length of the rail and landed cleanly on the other side.

"I remember feeling the same way then on that tiny 10 foot pvc pipe as I do now when I hit larger set ups. You almost have to mentally trick yourself into committing. Now days a pipe like this is a piece of cake which really shows the progression of the sport. Things that have been conquered look so basic and easy to repeat but when something has never been done you are faced with the same fear of the unknown outcome. With that challenge comes the amazing feeling of success when it has been accomplished. In this case board sliding a tiny pvc pipe in the water gave me the most unreal sensation of a short term accomplishment but even more so, it opened my mind to the infinite possibilities for the future of flatland skimboarding.

Minns and his crew started making rails that were higher, longer and combined all different variations to make unique set ups. New tricks were landed and a video was produced. "The Revolution" Would be the first Kayotics video release and the first of it's kind in what at the time was a dormant industry.

Minns moved into the basement of his best friends house where they would begin the empire. Selling skimboards, t-shirts and hoodies on a shoestring budget and spending full summers mastering the sport and board building.

In 2001 The business was incorporated, a press and materials were purchased. Minns made skimboards with a small press and fibre-glassed them in a small shed in the backyard. He made several hundred boards over the next couple years and sold out every summer. The popularity of the sport was growing and so was the team. Getting young guns on board like; Yuri Choufour, Dino Mantovani, Geordie Flanagan and Justin Pang made a force to be reckoned with at any beach. 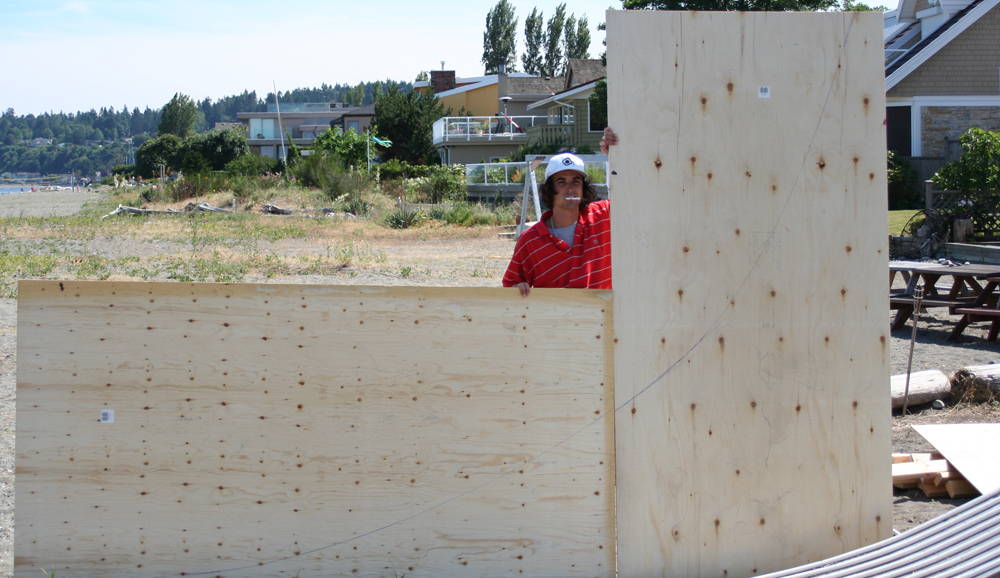 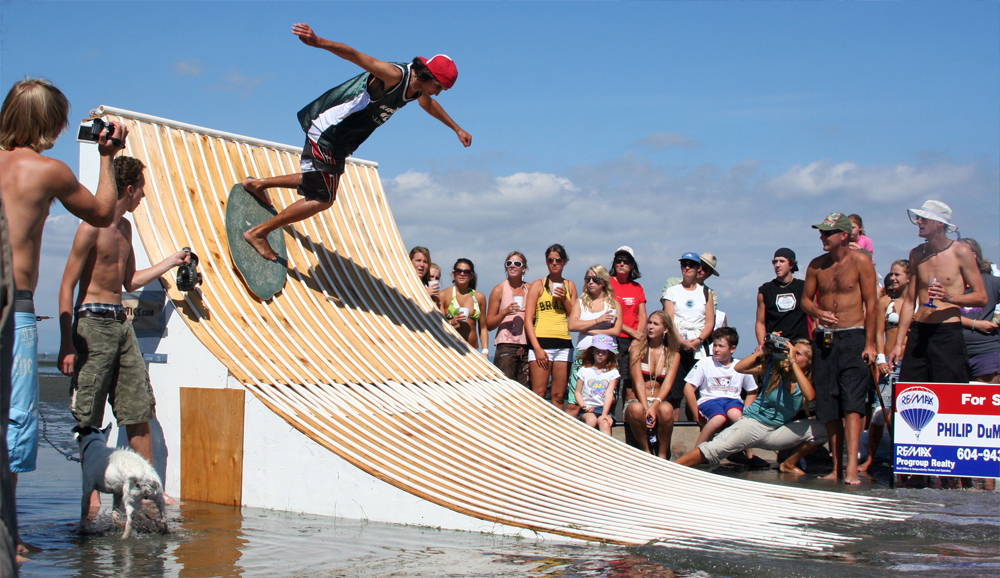 Innovative tricks mixed with attitude and edge gave the Kayotics crew a name for themselves as they travelled around contests, filming videos and partying.

Kayotics has now evolved into an internationally distributed brand and is one of the top flatland skimboarding companies in the world. The future is bright and the team is still growing. Markets that never existed are now coming to fruition. Kayotics skimboarding camps have grown at and increasing rate since conception. There are more kids starting to skimboard and more kids proudly representing the brand that helped revolutionize the sport.

After all the years of skimboarding the best things that came from it are the memories and long lasting friendships that resulted from just being at the beach. I hope that kids can find that same sense of community that we created from a sport we called our own. 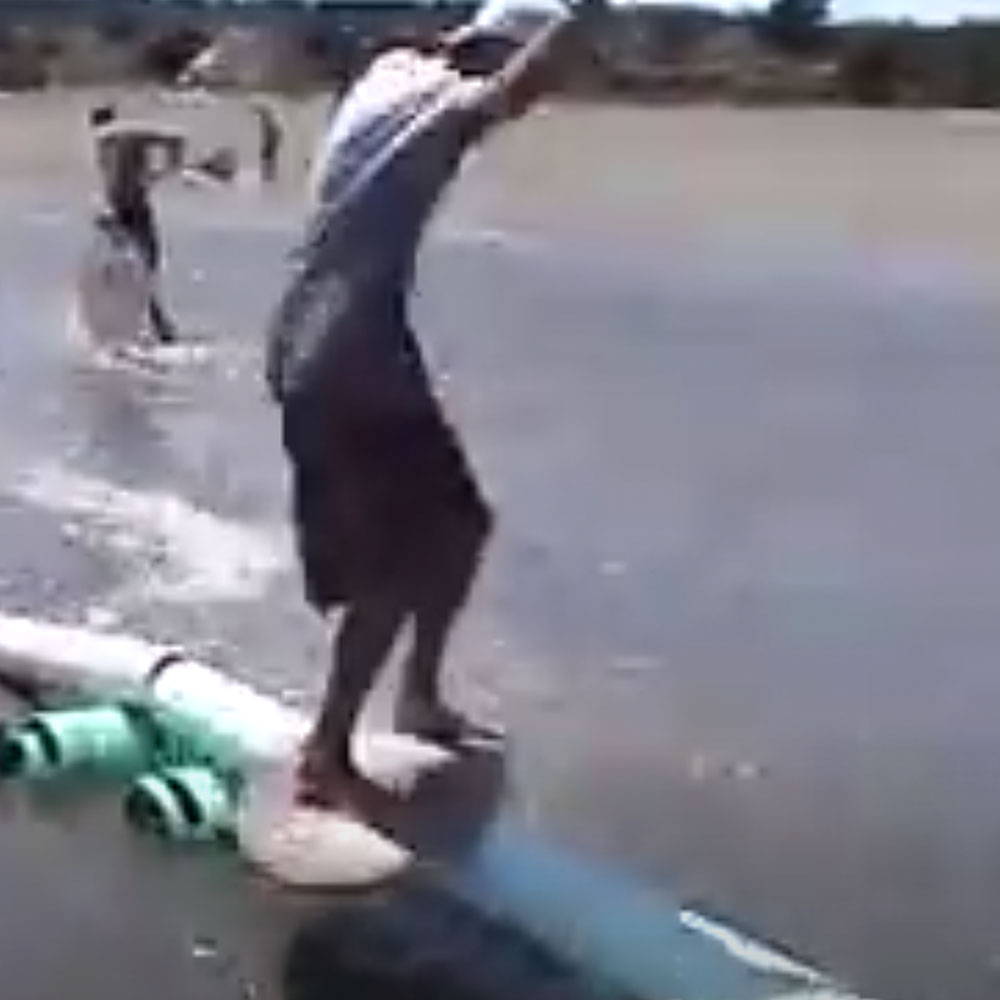 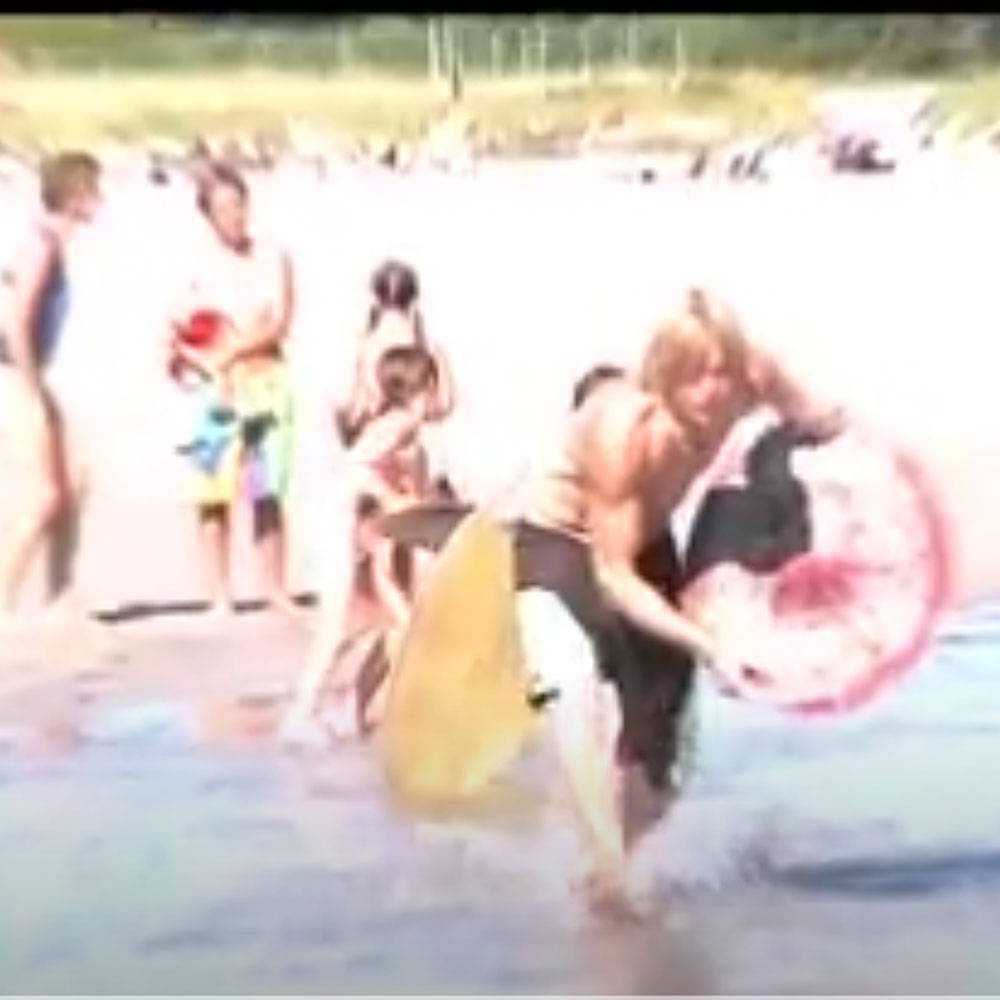 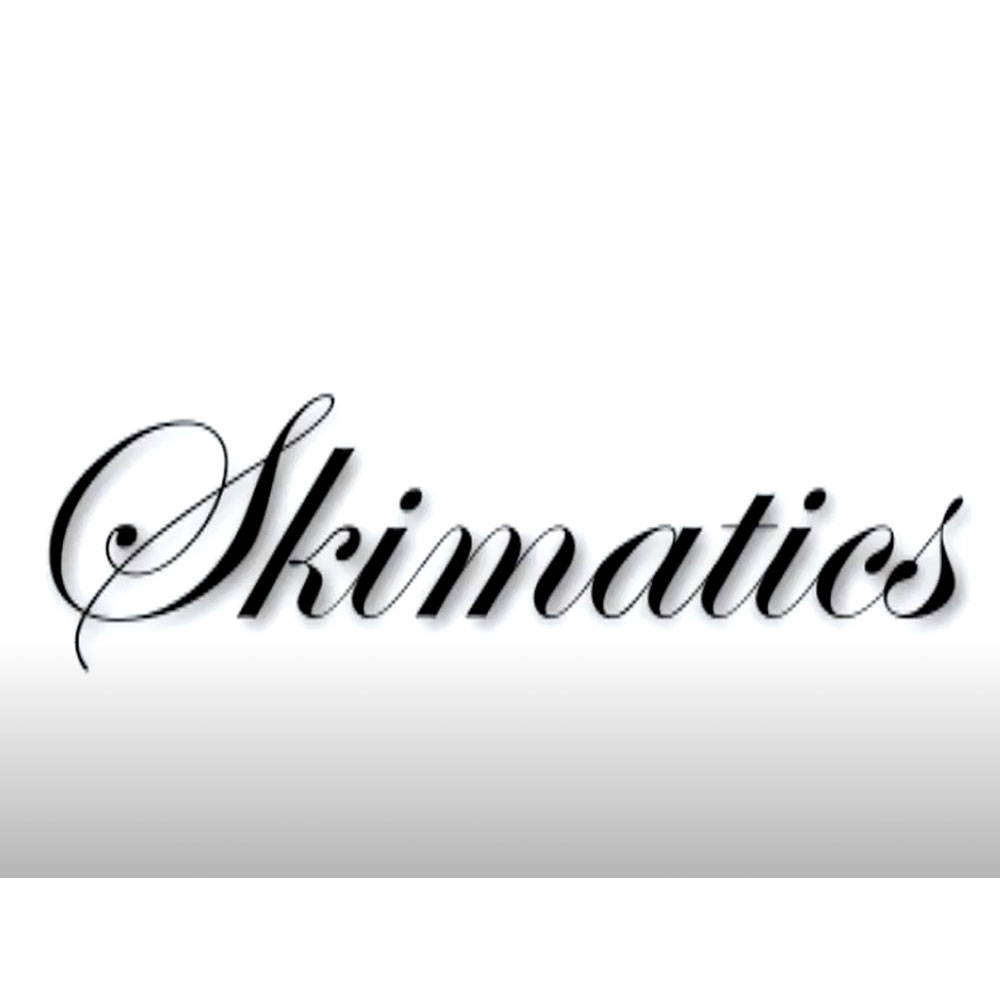 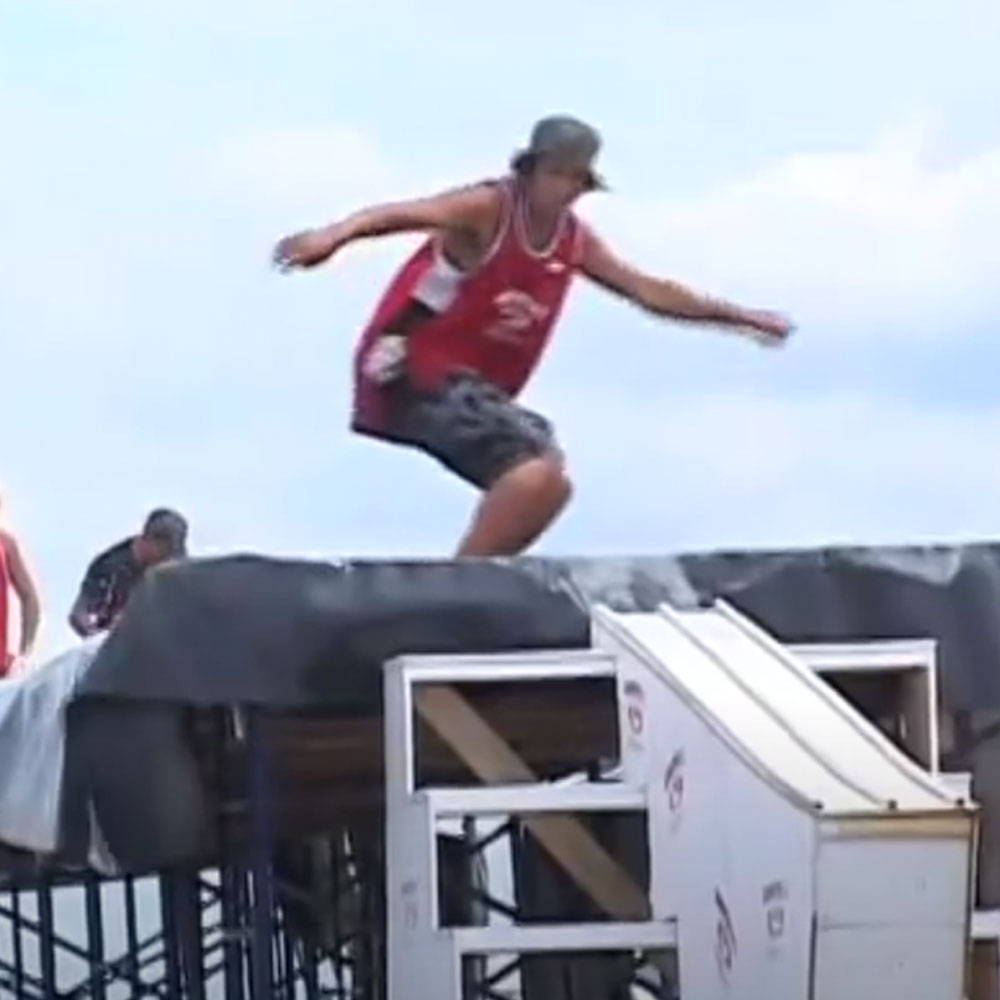 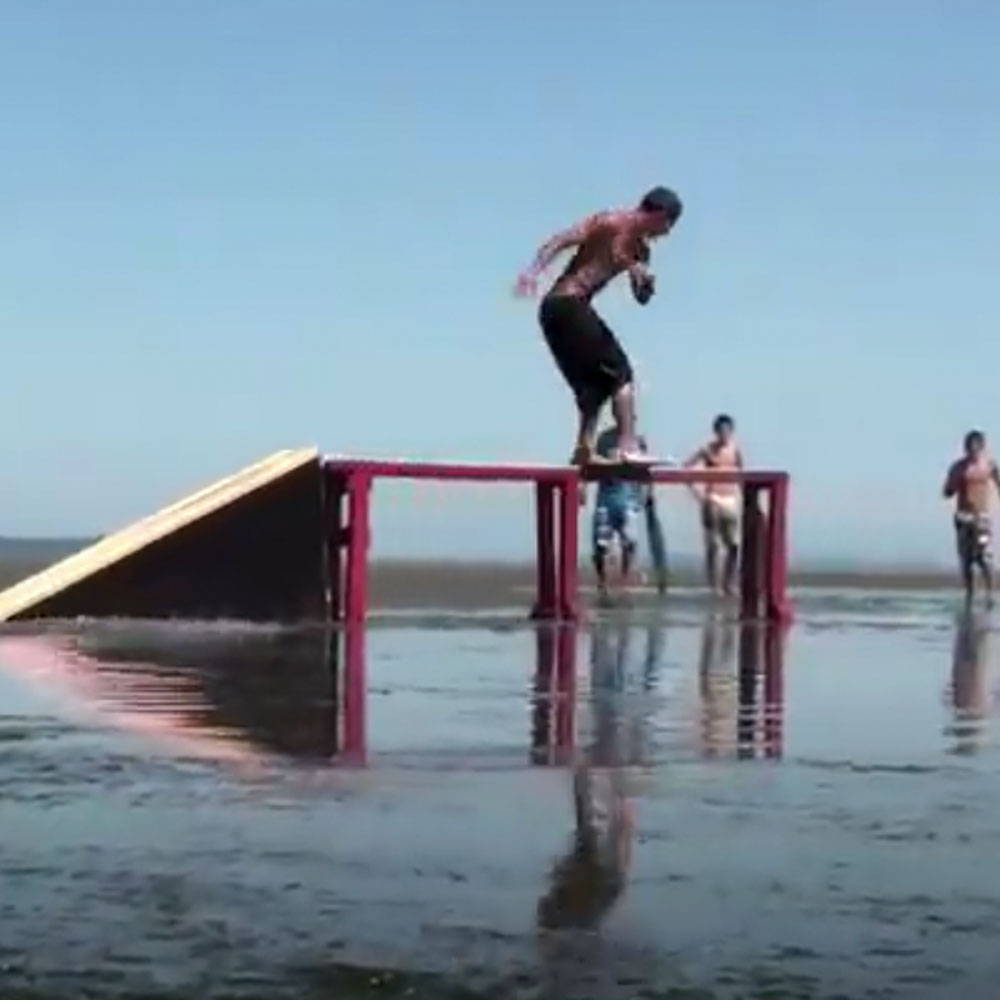 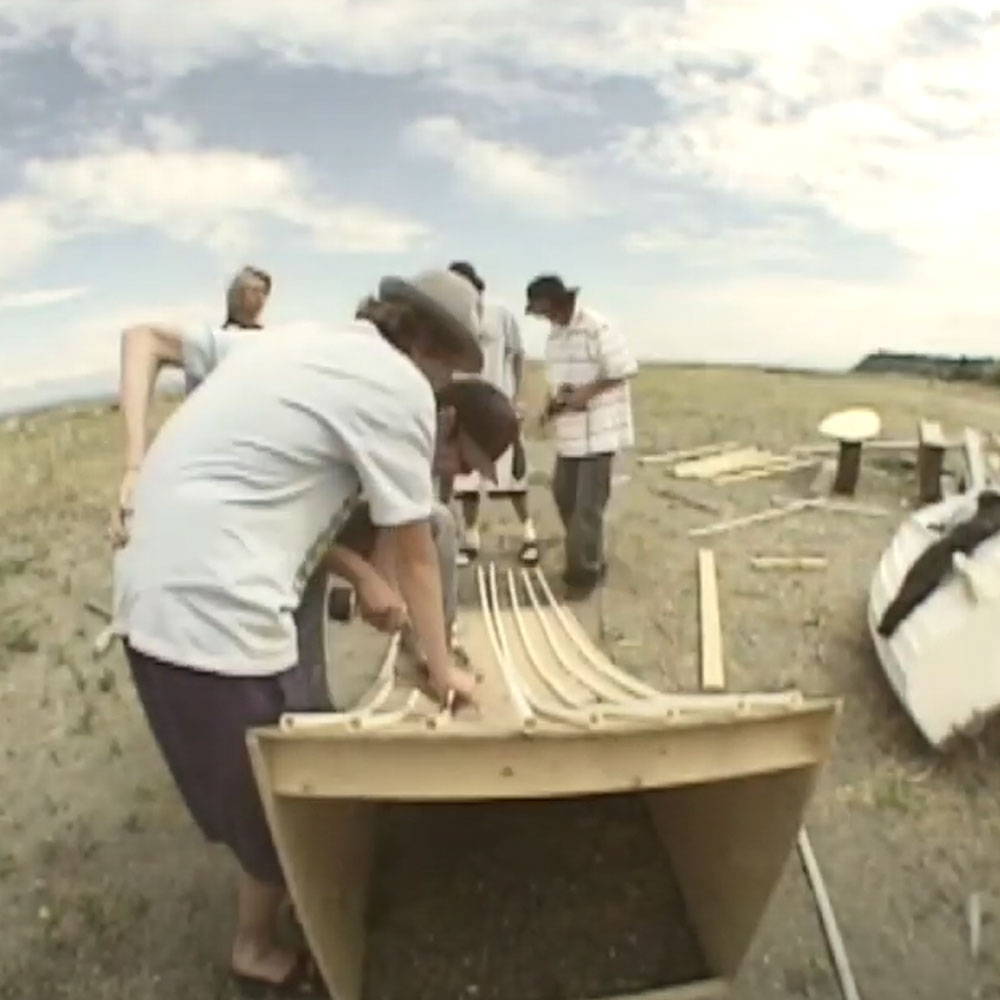